S/m people said pain was better than sex. For M/s respondents control, service and ritual came before a roll in the hay. D/s people put sex first, but only a tiny, tiny bit ahead of control.

More details are found in the charts below – where the top three interactions  for each group appear in darker colours and the bottom two in lighter shades.

Respondents were asked to score each area 1- 5 in a range of responses that were:

The ten areas of interaction were:

Those who responded saying they were sadists and masochists put pain  a long way ahead of everything else as the thing that was most important to them. Bondage just edged sex into third place. Control, in fourth, was fairly important too. Service and ritual came ninth and tenth. 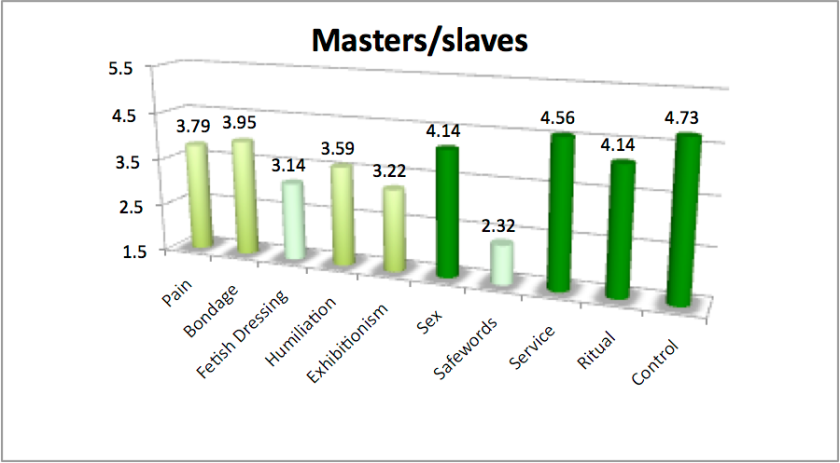 Control is the biggest thing for respondents in this group, with service coming second and ritual and sex a short way behind, in joint third. The least important factors are fetish dressing and safewords, which trails a long way behind the other factors. Bondage was a little more important than pain to M/s people. 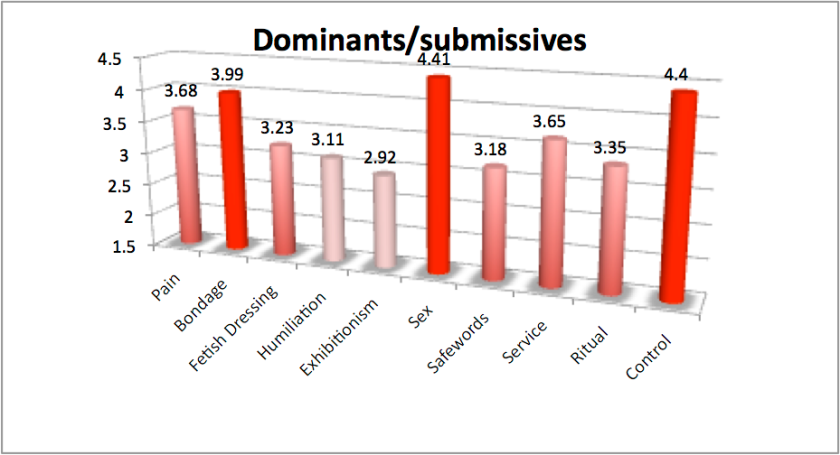 Dominants and submissives were the only group who put sex at the top of their list. And then, it is only a teensy way in front of control, with bondage a little way behind. Pain comes fourth. The two areas that least interest the D/s people who took part are humiliation and, last of all, exhibitionism.

3 thoughts on “What do sadists really like (and submissives, and slaves, etc).”