Their responses to each of the question’s statements was as follows:

Symbols of ownership are important symbols of commitment and permanence and should be worn and respected as such. 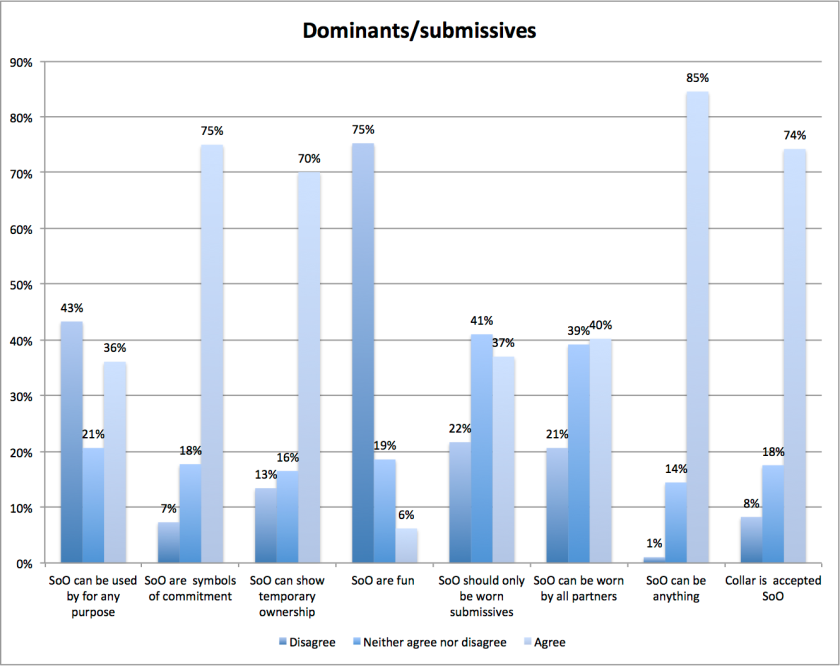 Symbols of ownership are fun and have no other special significance

Symbols of ownership can be worn by all partners

74% agreed (42% strongly). This was markedly lower than the ratings from S/m participants. 8% were neutral and 8% disagreed!

Further background on this question can be found here.

One thought on “Attitudes to ownership symbols; what dominants and submissives say.”